Inside Channel 4 and Channel 5 with #TRCsupersizer

2 days in London, 12 development executives, 15 meetings at 2 broadcasters, 1 pitching challenge and lots of coffee. What a way to kick off 2019!

Our jam-packed trip to London earlier this month was part of our SuperSizer training programme, which kicked off in September 2018. SuperSizer is a seven-month programme that supports the development of production companies based outside of London, with the ultimate aim of supporting them to win returning series and commissions of scale.

The SuperSizer group spent a day at Channel 4 and Channel 5's respective offices meeting commissioners and senior personnel, with a similar day planned at the BBC next month.

"It was invaluable to have the undivided attention of some of the key decision-makers in Channel 4 and Channel 5... I came away inspired, enthused and determined to do business with them." Patricia Moore, Tyrone Productions (Belfast) 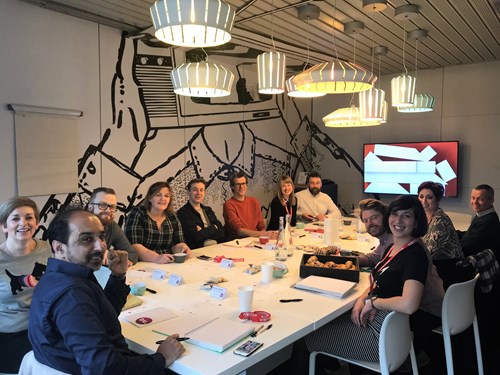 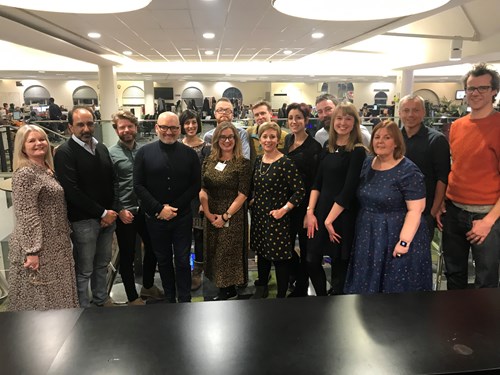 "The course progressively puts you closer and closer to your dream pitch in front of your dream commissioner. So good." Henry Imbert, Very Nice (Glasgow)

"SuperSizer is a gateway for any indie to grow and expand its horizon of opportunity. The knowledge gained from the programme is priceless."  Khurram Adnan Sheikh, Imagemaker Media (Manchester)

With filled notebooks and lots of insights to take back to their respective indies, the last meeting of the trip was a pitching challenge with Channel 5 Director of Programmes, Ben Frow. With £3k development funding at stake for the winning pitch, it was a head-to-head battle between the close-nit group (they're still friends though, we promise.) 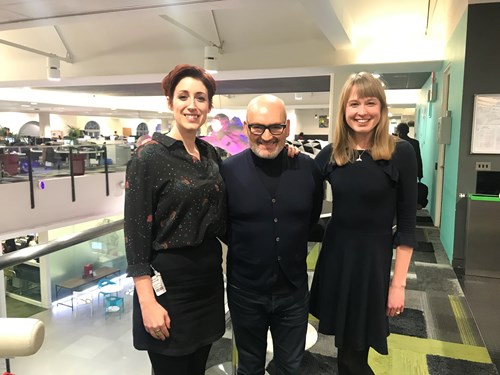 "The thought of pitching Channel 5’s Controller Ben Frow was far scarier than singing in a west end show, however by the end of an enjoyable, insightful and informative day at C5 I felt we were all singing from the same hymn sheet, and winning the development money felt even better than getting five star reviews."

There's just two months left of this year's SuperSizer programme - in February we're off to the BBC and March's session will be with ITV and Sky. SuperSizer is funded by BBC Nations and Regions, Channel 4, Scottish Enterprise and Screen Scotland and supported by Channel 5.

Michelle is Marketing Executive at TRC and leads on events.