Training the next generation of diverse TV Talent with 'Rad'

Nine Scottish production companies are to host a trainee researcher from an under-represented background for a ten-month traineeship as part of the ‘rad’ training programme which launches today (4th February 2019).

Rad is aimed at groups who are typically under-represented in the TV industry: those either with a disability, from black, Asian or ethnic minority communities or from disadvantaged backgrounds. 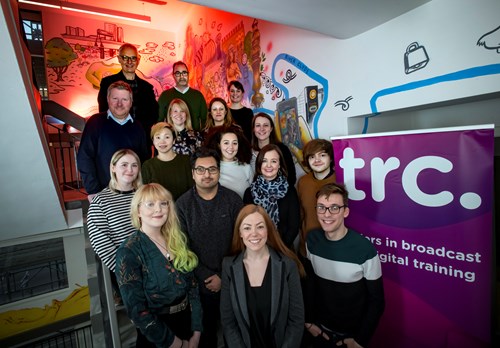 Claire Scally and Margaret Scott, Joint MDs of TRC said:
“Rad aims to tackle the lack of diversity in the Scottish television sector by creating new skilled jobs for diverse communities alongside providing training for production companies focusing on developing and sustaining equality, diversity and inclusion in the workplace.

We’ve worked closely with production companies, broadcasters, our funding partners and a wide range of organisations promoting inclusivity to devise and deliver what we feel is a very important programme for the production sector in Scotland.”

The 10 month course will give trainees valuable first-hand experience and skills to build their careers through working full time at some of Scotland’s leading TV production companies.

We are building a stronger screen sector and have put in place the funding and support to seize emerging opportunities to enable further growth. The screen sector is one which can lead the way in promoting equality and diversity – there has been progress in onscreen representation and we would urge the industry now to ensure that progress is being made off-screen as well.” 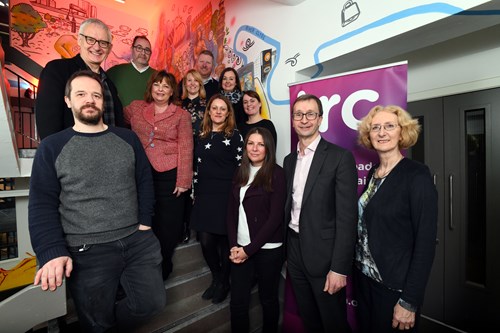 James M Macleod, who will be undertaking a placement with Glasgow-based Blazing Griffin, said:
“I have been looking for that first step into the tv and film industry for some time, but it has been a bit of a struggle. The go-to entry level position in most cases is as a Runner, but with physical issues such as mine that has been a daunting idea. Going for a job where disability is not only acknowledged, but welcomed in such an upfront manner (along with other under-represented groups) was really encouraging too. I was excited by the prospect of working with any of the companies involved.”

Find out more about rad and register your interest in future opportunities with TRC here.