Earlier this year we led the Special Edition group on a business trip to the digital hubs of Amsterdam and London, where we met with a host of inspiring people doing impressive things in the digital world.

TRC’s own Suzanne Lord, project manager for Special Edition, has condensed the many lessons learnt from the trip in a blog post below. Take note, leaders and future leaders!

Leadership: the action of leading a group of people or an organisation

When I think of what makes a good leader, I try to think of the leadership I have experienced in my career. I remember those who have made an impact on me, in both positive and negative ways. Which were the traits that the good leaders had, over those who took more of a managerial role?

Recently, I was in London and Amsterdam with a group of fabulous women working in the digital and tech sector to meet some inspiring leaders of the industry. The trip was part of TRC's Special Edition: a six-month professional development programme that seeks to help ambitious, talented women fulfill their potential and reach the very top.

The words from the industry leaders we met on the trip were both honest and inspiring, as they charted their journey to the top, sharing the obstacles and difficulties along the way, the choices they have made and the support they have sought. Whilst their backgrounds and experience were all different, their conclusions on what is required for good leadership all struck a similar note. 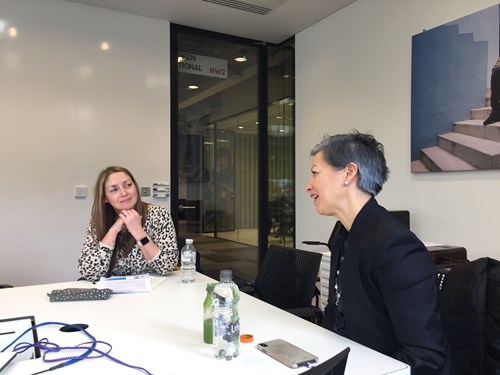 ‘Be true to your own values and you’ll be a better leader.’

These were the words of Baroness Jacqueline de Rojas CBE. She is President at techUK, just one of a number of leadership roles she currently holds. In choosing which jobs and positions she takes, she looks at the culture of the business. ‘If the culture isn’t working for you then it is hard to change that culture.’ This was a sentiment echoed by the other leaders we met. Your values and those of the company have to align or otherwise you won’t get the best from the company and they won’t get the best from you. The job you pick must also be a good fit for you, and as Svenja De Vos, CTO at Leaseweb advises, ‘pick your jobs because they sound fun, not just because they’ll just look good on your CV.’

‘If you don’t believe you are really good, then how can you expect others to believe it?’

asked Janneke Niessen – entrepreneur and founder of InspiringFifty and CapitalT. She asked us to think of the last time we had been given a compliment and how we reacted.  Pause yourself- how did you react? Did you just say ‘thank you’ or did you come up with some remark to downplay the lovely thing that had just been said to you? What is this saying about you and the message you are putting across? As Janneke pointed out- ‘perception is reality.’ Marie Helson, Director of People at Hello Fresh, believed the same and went further to state that by telling yourself you are ‘not good enough, you are actually holding yourself back.’

In a leadership role you have to know your own value and very few will tell you how good you are, they are more likely to tell you where you have gone wrong. 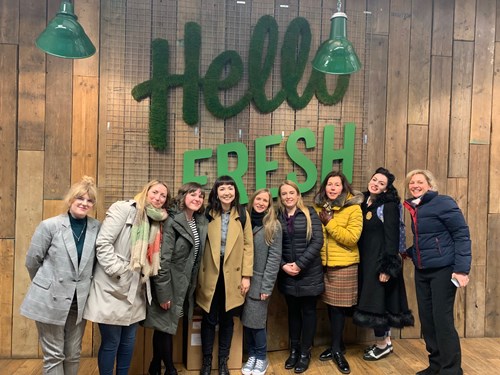 Natascha Chamuleau, VP of Global Sales at WeTransfer, had some wise advice:

‘Prioritise the right things because your work will never be done.’

Depressing but true. It is easy to fill the time you have with the tasks you have got. She goes on to say that ‘as a leader it is easy to get into the day to day and avoid your job as a leader, however, and this is hard, while you have the vision, your team need to take the next step, so it is about finding a balance and letting them run with it, within the framework.’

It is not just your day to day where you need to prioritise. Tanu Mohan at Deloitte Digital says it should be the way you think about your career too. When contemplating your working life think of it as an ‘endurance sport.’ At the start of her career Tanu said she was sprinting in a marathon and couldn’t keep doing that. It took a while, but she realized she needed to set her own pace.

It can be very lonely at the top but many of the leaders spoke about their network and having people they can rely on to talk things through, or be an ally when needed. In the office, Laura Jordan Bambach, Chief Creative Director at Mr. President, talked about ‘having a partner in crime to help you get recognized for what you do, or to be your loudspeaker.’ The network outside of work is important too. Many people we spoke to said how some of their most powerful learnings came from the feedback they received from their network. They had a group of people they could turn to for feedback and advice. The key point, which they highlighted, was that it should be honest reflection as this was where they had gained most or they cited as a real turning point in their career. 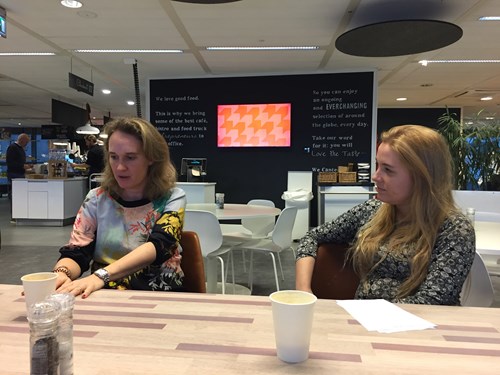 The team can be the making or breaking of any leader. In creating a team, Josette Udo from TomTom points to diversity being the key. ’If you only get the best technical people in the team, you won’t get the best product.’ This is something that Natascha Chamuleau from WeTransfer highlighted. ’Find the strengths in your team, because if you don’t then the passion will not come out.’ ‘You’ve also got to know what makes them tick to motivate them.’ says Josette Udo. She believes it is about showing them a different view and the contribution that even the smallest of tasks makes to the bigger picture.

While there is no job description for being a leader, the advice from all of the leaders we met was consistent. It showed that if you aspire to get the basics right and stick to your values, you will be a strong and influential leader, who can make a difference.

Find out more about Special Edition and register your interest in future opportunities here.

Suzanne is Project Manager at TRC, leading on projects like Special Edition and International Horizons.