The pilot year of Rad has come to an end, and eight new bright and brilliant researchers have entered the Scottish TV industry.

Rad is a traineeship for new talent from diverse backgrounds, who might never have considered a career in TV. As part of the programme, 8 trainees undertook a 10-month paid placement at an independent production company and received training from TRC to give them the best possible start in their new career.

We asked Jacqui Hayden, Development Director at Matchlight (and top-notch Rad mentor!) to share her experiences of the programme with us.

As we come to the end of the 10month-long RAD Scheme, I’ve come to the conclusion that if TRC ever decide to alter their remit, they’d make a rather fine recruitment company. And they wouldn’t even have to change their acronym or stationery!

As someone who has previously run large development teams, and is now involved in the recruitment of all staff for Matchlight, I’ve always seen the value in hiring people from diverse backgrounds and with differing experience. Having a vibrant mix in a team is genuinely what keeps ideas and productions fresh; not to mention making life more interesting.

But what I also know is that, under pressure to staff up productions against tight deadlines and with so little funded development available to build ideas teams, carving out the money and time to find, interview and then train up people new to television, is a challenge that’s too often beyond us. And so we fall into old habits: word of mouth recommendations, people we already know. And then we’re surprised when we find ourselves surrounded by people who look like us, sound like us, and think like us.

So when TRC announced the launch of the RAD Scheme, I was determined that Matchlight would be a part of it. But why, when I’ve already outlined the pressure that Matchlight - and most small-to-medium-sized companies - are under?

For me, one of the biggest appeals was the duration of the scheme; a good solid ten months. Obviously that security of contract would be important to attract serious applicants who would be giving up existing employment to take this foray into television. But it was also really important for Matchlight. I knew it was going to involve a significant investment of company time to train a new-to-television candidate; and for the first few months, that would be a one-way exchange of information and expertise. But with a ten month run of structured training through TRC and Matchlight, I knew that - with the right candidate - we could expect to have many months in which we would see a return on that investment. And that proved exactly right.

And I signed up because TRC were prepared to do the heavy lifting on the most difficult part of all; identifying the right candidates. And boy, did they do well. 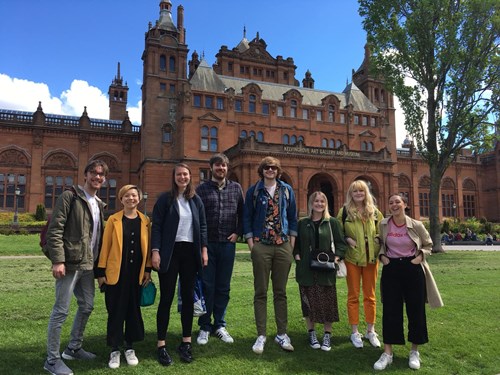 TRC sifted and filtered all the applications – so that by the time I was looking at perhaps three dozen CVs, I was looking at the best of the best. And those CVs showed all too clearly why a scheme like this is needed - dozens of great applicants with sparkling qualifications and sometimes brilliant responses to questions they’d been posed about television. CVs that would almost certainly never have come across my desk had TRC not advertised the scheme and encouraged applicants.

Having listed ten candidates that seemed the best fit for Machlight, the only other task for me was to sit on an interview panel with other participating Indies and spend a day interviewing a dozen applicants, my top choices included.

A day that, on paper, looked daunting and exhausting because of the sheer number of candidates became daunting for another reason – having to choose a favourite from so many great applicants. Everyone on the panel agreed that we’d never encountered such a fantastic coterie of interviewees on one day. And it’s sobering to think that without the RAD scheme, Scotland’s production sector would have missed out on the chance to hire them.

Having helped us find the perfect fit for Matchlight – step forward Charlotte Hall – the support from TRC has continued over the last ten months. After 20 years of on-the-job training of researchers and developers, I finally got my very first official training in mentorship through RAD, and had more laughs than perhaps I should have through role-playing exercises with the other participating Indies. Apparently you’re never too old to learn new tricks; and to become better at your job. 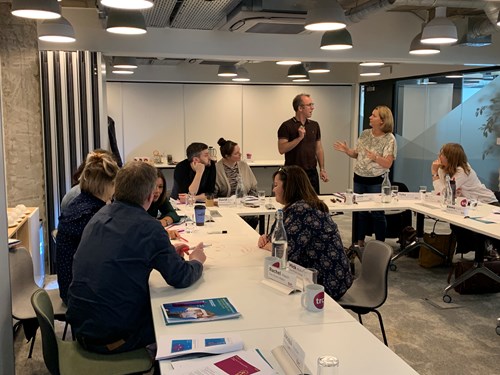 And crucially, monthly meetings with TRC’s Caroline meant that Charlotte’s training was a collaborative effort. Caroline became my sounding board to check progress and ideas, and to make sure that not only was Charlotte getting all the support she needed, but that Matchlight was also getting what it needed from the scheme.

Though the RAD scheme is now ending, Charlotte is not leaving Matchlight. Through the combination of structured monthly training from TRC and on the job training at Matchlight, she is now a fully-fledged and talented researcher. And having helped develop and win a 10-part series for BBC Daytime, she is now a key member of the production team making it. We’re already planning what she will move onto when that production ends in Spring 2020.

What a difference ten months can make. Not just for the individual RAD candidates, but for the companies who participate too. Can we do it again, please?

Jacqui Hayden is Development Director at Matchlight - an independent production company based in Glasgow.

Matchlight was established in 2009 with the aim of being a centre of excellence in factual production - from single films to landmark series.