(what they really really want)

Following on from yesterday’s blog on her Top 3 Take-Aways from the festival, here are Emma’s notes on what commissioners want.

NETFLIX: Are agents the way forward?

Brandon Reigg, VP Unscripted at Netflix, receives 40-50 pitches a week. His advice for indies is if you have an agent, a model more prevalent in the US, then this may help get access to Netflix commissioners; as they act to help filter pitches. However, he did say that having an agent was not essential. The unscripted team work out of LA, however two commissioners from the Docs team will shortly be based in London – so hopefully this will have a positive impact on UK based indies.

ITV: All about the returning series

The Meet the Controller session with Kevin Lygo proved quite insightful as he spoke about the “holy grail” for the broadcaster being returning series, “that can run for a long time and do well”. Although 65% of ITV1 output is commissioned directly from ITV Studios he is still very much open to outside pitches and highlighted that the least talked about series, such as Vera, Lewis, and Midsomer Murders, are still the most loved. It is long running drama series like these that they struggle to get producers to pitch and make. So if you have a strong format idea that would compare with these, get in touch with ITV. 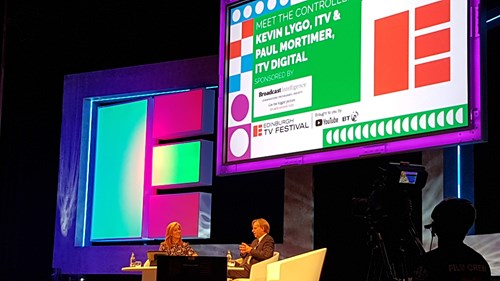 CBC is a public broadcaster in Canada looking for UK formats, as they actively shy away from available formats offered up by neighbouring USA. They feel there is a lot of parity between the interests of Canadian and UK audiences and have had considerable success with showing the original Great British Bake Off, and also applying the format in Canada. They are challenged by limited budgets, their annual budget is the equivalent of one season of The Crown. However, they actively look for co-pros and acknowledge that partnership is essential. 66% of co-pros between UK and Canada are Docs, but they have experience of working on dramas such as The Tudors and Vikings, so well worth getting in touch if you have an idea that might fit in Canada.

YOUTUBE ORIGINALS: What is it about your idea that is going to drive subscription?

Luke Hyams, Head of Originals at YouTube EMEA had the audience wrap our heads in some Karate Kids headbands to focus us as he highlighted plans for YouTube Originals premium subscription service (make sure you check out Cobra Kai on YouTube Originals). They are set to launch a further 50 new shows in 2019, and he offered some helpful hints to indies including: pitching ideas for traditional formats of 30, 60 and 90 minute slots; being careful not to pitch content ideas that are already freely available on YouTube, consider why audiences would subscribe if that content is already freely; and what is it about your idea that is going to drive subscription?

YouTube’s current free platform also featured in other sessions at the festival, with broadcasters discussing how they are trying to think about ways to drive audiences towards their linear channels from platforms like YouTube. We are working in an era where more young people recognise the name YouTube than they do the BBC – so how can broadcasters use this to their advantage? Wim Ponnet, Chief Strategy and Commercial Officer, Endemol Shine found that the 24hr live feed they ran simultaneously on YouTube actually increased viewing of their programme on TV. 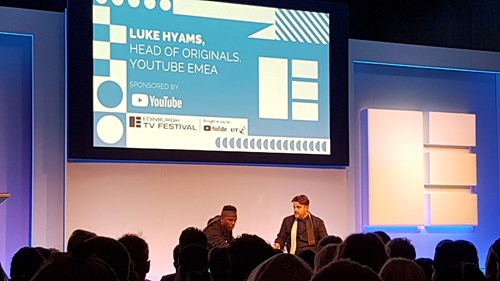 Emma is Project Manager at TRC, leading on programmes including SuperSizer, Look East and the Line Producer Programme.