TRC’s Emma Flynn spent 3 days in Edinburgh at the International TV Festival, getting the lowdown from commissioners, industry heavyweights and the Love Island winners (obvs!) Over to Emma for her top 3 take-aways from the festival...

1. The talent drain to London requires reinvestment in the Nations and Regions

The Nations and Regions were a hot topic in various sessions across the festival. There was a consensus that changes like the Channel 4 move to position 300 staff outside of London will increase the connectivity of commissioners to producers. Charles Lauder, CEO of Indie Club, believes that the talent drain to London that has existed up until now has hollowed out the Nations and Regions – something which will require significant reinvestment. Kieran Doherty, Managing Director at Stellify, believes Northern Ireland has benefitted greatly from having a commissioner living in Belfast (Sean Doyle of Channel 5). Similarly, he stated that Belfast would be a good place for production companies to set up, helping bolster the sector and offer training and opportunities to sustain a reasonable staff base; even if it would cause challenges in terms of competition for existing indies.

Issues still exist when making shows in the Nations and Regions, and although places like Northern Ireland are beginning to build a strong local production base, they lack the facilities like suitable studios for large scale game shows, and often have to consider the costs of travel and accommodation for talent that they are having to fly in for shoots.

Nick Andrews, Head of Commissioning at BBC Wales, spoke about how up to 80% of BBC Wales commissions end up on the network. He also uses his position and influence to insist that Welsh productions use a Wales-based AP and are cut in Wales – which is an important consideration as the industry considers what ‘Made Outside London’ really means. Ofcom will be in Salford in September talking to indies to better understand what a ‘Made Outside London’ definition should include. 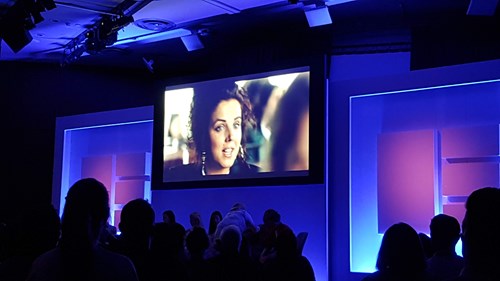 2. Build your team with people who have different perspectives to you

During the session ‘Can AI Make TV Better’, a panel of Development Execs from Ricochet, Shiver and TwoFour went head to head with an AI-generated pitch to see if the audience could tell which idea was made by the computer and which by the Development teams.

Thankfully the indies won the challenge, but the session raised interesting questions on how Development Execs build their teams, come up with ideas, and inspire creative thinking in their staff.

Ideas ranged from Shiver teams sitting in silence for set periods or going for a walk with a colleague, to a discussion around the fundamentals of hiring staff who have different perspectives to you. They also highlighted how important it can be for the entire team, from interns to management, to feel that they can speak to power. This was something buzzing in my mind as TRC prepare for our first session of SuperSizer that focuses on these very themes of building and inspiring development teams. 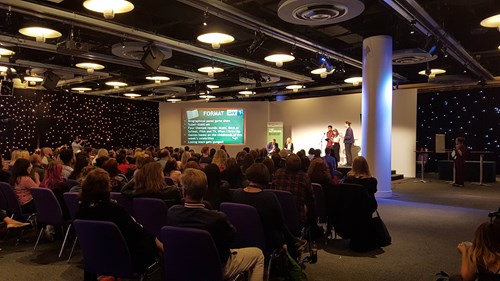 3. Make time to invest in your team and yourself

It was great to hear from Mark Downie, Creative Director at IWC media, that his recent move back to Scotland has made him aware of some of the differences between the pool of potential staff in London and Scotland. He felt the CVs of Scottish candidates showed a wealth of training courses, demonstrating how Scottish companies are investing time and money in training opportunities for staff to help them develop. His experience of those working in London is that so many staff go from job to job without breaks so they are less able to take advantage of training opportunities. He also found that Scotland-based workers often have a wider range of types of production they have worked on, compared with London based workers who might end up specialising by working with the same company on similar productions. We're biased of course, but we'd say there's some pretty great training here in Scotland (shameless plug for our TV training opportunities.)

More highlights from Emma’s time at the TV Fest can be found over on TRC’s Instagram, where we’ve saved the best bits in a stories highlight. Stay tuned for tomorrow’s update where we’ll reveal commissioning insights from Netflix, ITV, Youtube and more.

Emma is Project Manager at TRC, leading on programmes including SuperSizer, Look East and the Line Producer Programme.