It's an exciting time for scripted entertainment in British television! Join us for our next Creative Breakfast when we'll be chatting to UKTV's Head of Scripted, Pete Thornton. Pete will be discussing UKTV’s scripted comedy and scripted drama commissioning strategies.

If you're working in the independent production sector in Scotland and would like to come along, please email Michelle. 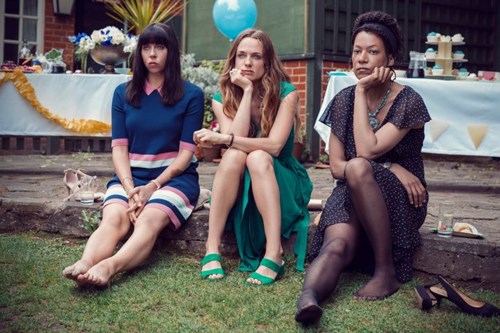 Pete Thornton is Head of Scripted at UKTV, Britain's biggest multichannel broadcaster, where he commissions scripted comedy and drama for Gold, Dave, W, Drama and Alibi.

Comedy productions under his management include Zapped, Red Dwarf and Porters for Dave, and Murder on the Blackpool Express for Gold. He’s also responsible for UKTV’s first Original drama, the Anna Paquin fronted Flack, as well as Sharon Horgan and Lorna Martin’s comedy drama Women on the Verge, both due to air on W over the next 6 months.

Pete began his career at Spitting Image before moving to Aardman animations where he partnered with Nick Park on two of the Oscar winning Wallace and Gromit films, The Wrong Trousers and A Close Shave. He then joined the BBC as a producer on BAFTA award-winning series The Smoking Room and Roger and Val Have Just Got In, before becoming one of the key creatives within the in-house comedy team.