Kick-start your career in TV with RAD 2019

Christmas is fast approaching and so too is the deadline for rad applications. Ahead of the closing date on 18th December, we hosted two information events for people interested in the traineeship. These sessions were an opportunity for potential applicants to meet TRC staff and the production companies involved in rad, ask any burning questions they might have and find out a bit more about a career in television.

Miss out on the events? Fear not. Here are 5 key questions covered, that should hopefully give you an idea of what life as a researcher is like and how you can kick-start your career in television with our 'rad' training scheme.

What does a TV Researcher actually do?

A good question to start with!

To someone not working in television, a Researcher role might sound like finding lots of facts and information. This is partly true, but not the main function of the role. As one of the Executive Producers pointed out at our morning event - ideas are the lifeblood of independent production companies. It's likely that 90% of ideas pitched to broadcasters won't be commissioned, so researchers need to have a lot of ideas! What story have you got to tell? 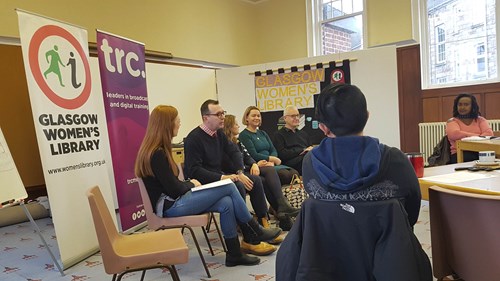 It's a tired cliché, but no two days are ever the same when you work as a researcher. Working in a small independent production company, you're likely to be spread across a number of projects and TV programmes, dealing with different subject matters, contributors, locations and production teams. It's a hugely exciting role that's hard to define as it can vary greatly from company to company and project to project. If you love telling stories and working as part of a team, it could be your ideal role!

What skills do I need as a Researcher?

One of the panel said she loves working in television because she's naturally a very nosy person. Nosiness, curiosity, an inquisitive nature... however you put it, you need to have an eye for a good story! Other key attributes our panel highlighted were:

Remember that you don't need any previous experience in media to apply for rad. Don't underestimate skills you've gained from other employment, your studies or hobbies. A great telephone manner is important as a researcher and speaking another language could be really valuable.

What companies are involved in the programme?

All companies involved are independent production companies based in Glasgow. Most companies produce factual television programmes, which is a popular genre in Scotland's production sector. Find out more about the companies and their involvement in rad here. 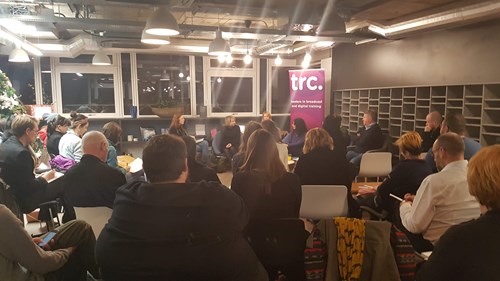 Why should I consider a career in TV?

We asked each speaker from our two events what the best part of working in TV was for them. Here's what they said:

Working in TV can be stressful, but it's an incredible industry to work in for the above reasons and many more.

What is rad and how can I apply?

‘rad’ is a  new training programme for diverse talent looking to start a career in the television industry. The 10 month traineeship is aimed at groups who are typically under-represented in the TV industry: specifically those either with a disability, from black, Asian or ethnic minority communities or from disadvantaged backgrounds.

Rad aims to make the TV industry a more inclusive place for all. If the programmes we watch on television are to represent the diversity of the UK, then the people making the programmes need to come from a wide range of different backgrounds.

Full information on rad can be found here. This weekend is your final chance to work on your applications as the deadline is Tuesday 18th December at 12 noon.

If you have any questions at all about the programme, please don't hesitate to get in touch with a member of the TRC team here.

We look forward to reading your applications!

Thanks also to our hosts Glasgow Women's Library and Clockwise Offices.